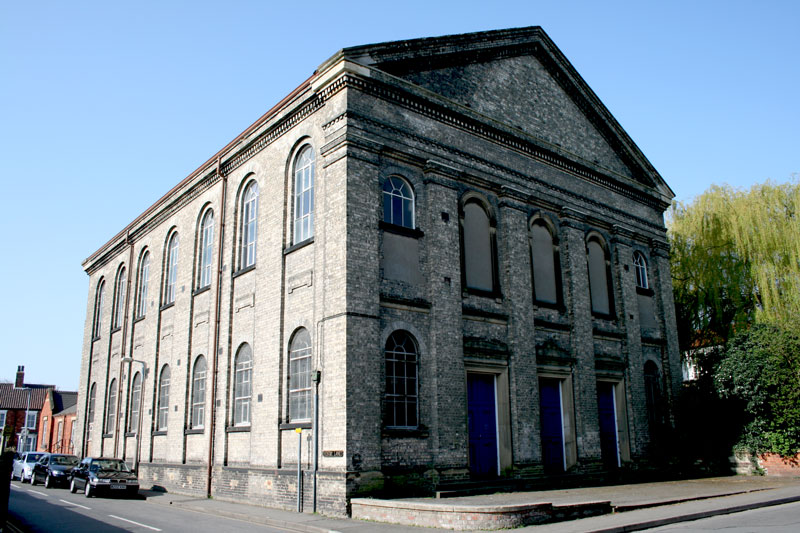 There are records of a Wesleyan Society in Barton upon Humber dating back to 1760, when they were meeting at a house on King Street. In 1788, land was purchased in Cottage Lane and a building erected. As the Society grew, the need for larger premises was identified; land was purchased and a Chapel built on the present site. This was opened for divine services on the 9th October 1816. The Cottage Lane building was retained and used as a school until 1825.

When the Chapel was opened in 1816 the Society Register showed only forty-six members. By 1839 the number has increased to two hundred, with an additional seven hundred “hearers” and the Chapel had to be enlarged. Two years later, more land was purchased with vestries, Sunday school rooms and classrooms being built. A new organ was installed in 1841 and in 1846 the chapel was registered for solemnizing marriages.

In late 1859, the Trustees considered the need for further enlargement of the building and decided that a rebuild was the only option. On 22 May 1860 demolition was complete, and the foundation stones were formally laid for the new building – five months later the Chapel was ready. The official opening, marked by the delivery of sermons by popular preachers, was held during the first few days of 1861.

Further significant demolition and building work occurred in 1905 when the lecture hall and other rooms were built, and the premises took their present form. These rooms are now widely used by various group, both local and from farther afield, and are significant resource for our community.