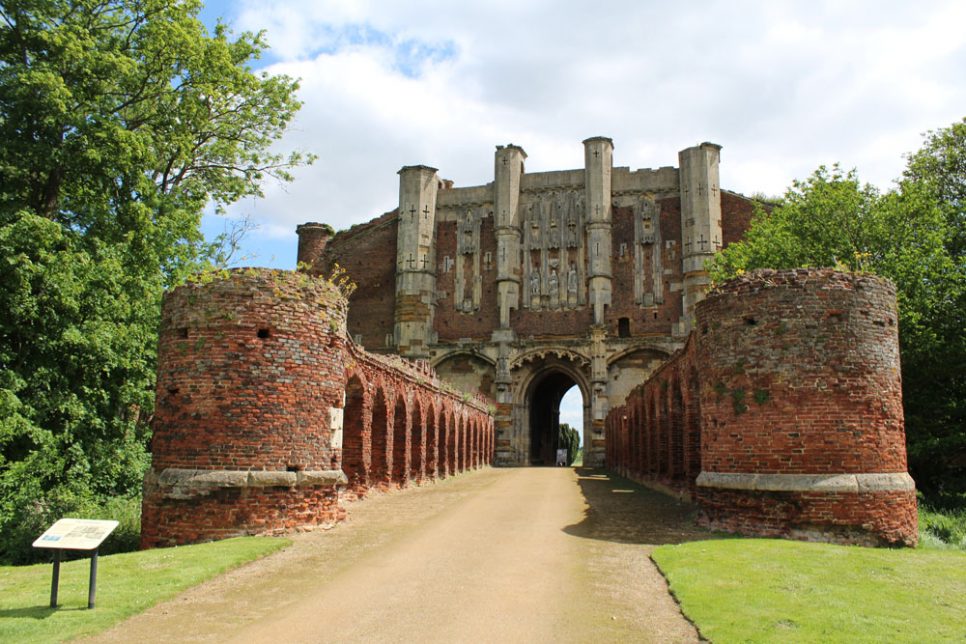 Thornton Abbey, a short distance from Barton, was one of the richest Augustinian monastic houses in Britain, and its outstanding architecture was matched by an equally impressive designed landscape. This setting was the backdrop for historically important events during and after the life of the medieval abbey.

Founded in 1140, it was one of Britain’s richest Augustinian abbeys by the late 13th century. It has the largest and most impressive surviving monastic gatehouse in Britain, built between 1377 and 1382. It was one of the few abbeys to be re-founded after the Suppression of the Monasteries as a secular college for priests, but this in turn was closed in 1547. Sir Vincent Skinner later demolished most of the medieval buildings and erected an impressive house in about 1607, but this was dramatically lost within five years. After 1816 successive Lords Yarborough worked to protect, research and display the site.