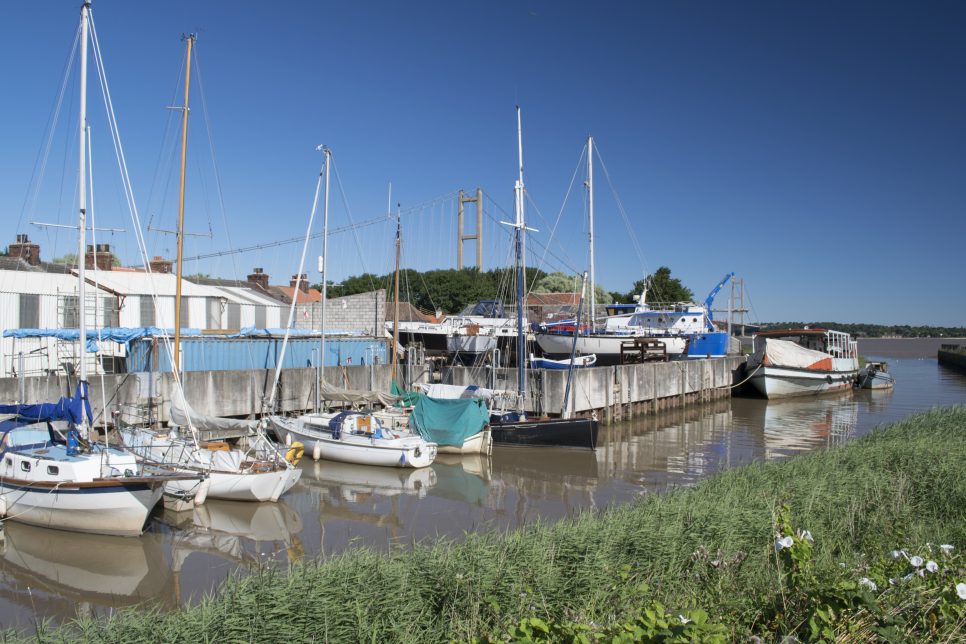 The earliest crossings to between Barton and Hull linked the road from London to that to Beverley and York.

A ferry was established in 1315 to run from Hull to Lincolnshire and back, charging tolls for the King’s use on pedestrians, horsemen, arts and animals. The keeper of the town was to answer the tolls annually at the Exchequer. It became known as the South Ferry from the middle of the century. During the 17th century the efficiency of the ferry was frequently criticised. The lease changed hands often, the rent rose, and in 1656 fares were increased for the first time since its foundation. There was friction between the lessees and private boatmen who carried passengers to Lincolnshire and rivalry between the crews of the Hull and Barton boats. On several occasions in the 18th century the Corporation had tried to acquire the lease of the ferries from Barton to Hull and Hessle. In 1796 it purchased the lease of the Crown’s tenant at Barton for about £3000 and in 1815 it leased both ferries on new terms.

By 1800 this ferry had become fully integrated into the overland transport system, but the changes associated with the industrial revolution were soon to threaten its position. Increased traffic encouraged speculators to establish rival ferries, notably between Hull and New Holland where the crossing was considerably shorter than on the existing Hull to Barton service. Ferry services between Hull and New Holland began in 1826, in direct competition to a service between Hull and Barton upon Humber, which closed in 1851 unable to cope with the increased competition from this rival service.

The Barton ferry continued to provide four crossings daily until 1851, but was then discontinued. An attempt to revive it in 1856 proved abortive A ferry between New Holland and Hull continued to operate until the day of the opening of the Humber Bridge in June1981