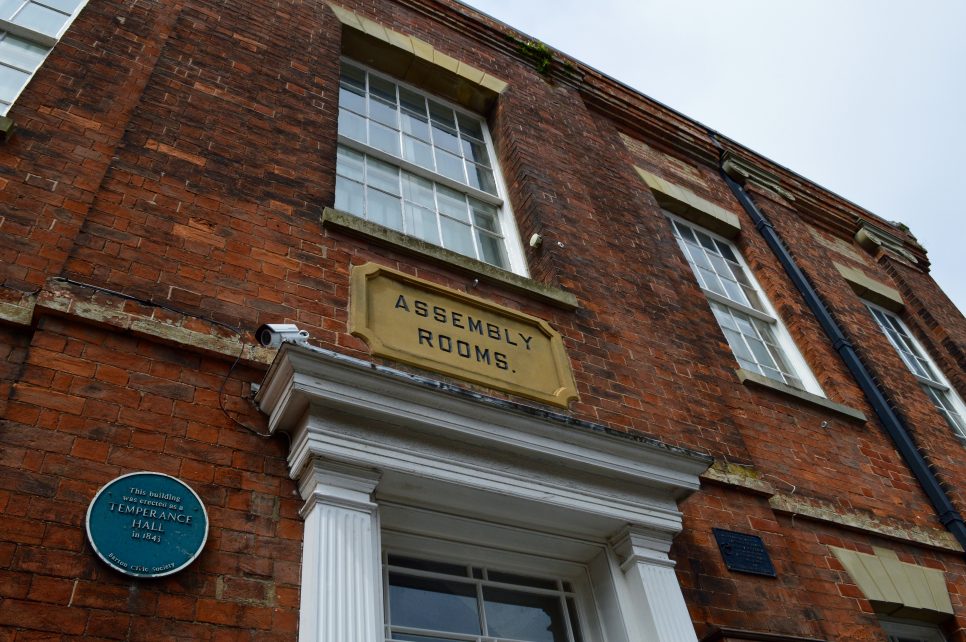 The Assembly Rooms was built in 1843 as the Temperance Hall, at a cost of £700. The two-storied, red brick building was built in a classical style with a symmetrical five-bayed front which has a central pilastered Doric doorway.

The upper lecture hall, now the main public hall, could seat 400 people and was used for public meetings, public inquiries, county court meetings, concerts and exhibitions. In 1903 it closed as a Temperance Hall and between 1906 and 1967 it was the Anglican Church Hall and the main public hall in the town, becoming known as the Assembly Rooms. In 1974 it was converted into a night club which ran for only a short time before Glanford Borough Council acquired the building in 1976, and for many years operated it as the town’s Civic Hall.

More recently it was taken over by Barton Town Council, and it is now under the auspices of the town’s Community, Heritage Arts and Media Project. It is now an important amenity in the town, available for public and private meetings, and for use by local community groups as well as weddings, christenings, birthdays, music and comedy nights.