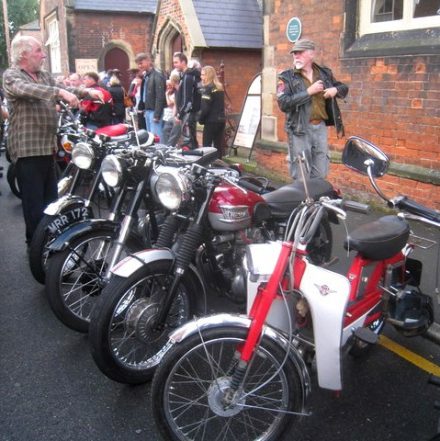 Saturday (July 14) sees the official opening of the Chad Varah Memorial Garden in Baysgarth Park as well as the town’s annual Bike Night.

At 2pm Felicity Varah-Harding, daughter of the Samaritans founder  who is also Patron Ambassador of Samaritans, will open the gardens  at 2pm.

The garden provides a permanent memorial to Chad Varah in the town of his birth and a pleasant and peaceful space for people to sit and learn about Samaritans and its founder. It is located next to the bowling green in a position which can be seen from the roadside.

Chad Varah was born in Barton in 1911, where his father was a vicar, and he was ordained himself in 1935. Early in his career he became aware of the issue of suicide after he conducted the funeral of a young girl in Lincoln and vowed to help others in her situation. In 1953 while working at a parish in the City of London he had the idea to develop a compassionate and confidential telephone service and opened the first Samaritans branch. His brother Hugh Varah became the first director of the Scunthorpe branch in 1963.

Rev. Varah died in 2007 but his work goes on today. There are now 201 Samaritans branches across the UK and the Republic of Ireland and there are more than 20,000 volunteers.

The opening of the Chad Varah Memorial Garden has been made possible thanks to Scunthorpe Samaritans and Friends of Baysgarth Park, with backing from Keigar Homes, North Lincolnshire Council, and Barton Town Council.

A couple of hours later, at 4pm, Barton Bike Night gets officially underway and continuing until 9pm.

The usual vintage and classic display of machines will be parked along Queen Street  and the North Lincolnshire Classic Trials club will be running a display in the nearby Cottage Lane Car Park.