Exhibition of the Life, Art and Times of Ted Lewis at The Wilderspin National School

Anybody resolving to take in a little local culture this new year can’t afford...

. Barton Tourism Partnership wishes you a Merry Christmas and a Happy New Year...

The Wilderspin Schoolroom, with its gas lights and open fire,  once again helps create...

You don’t have to look far in Barton upon Humber to see that Christmas...

Friends at Barton – A Christmas Carol 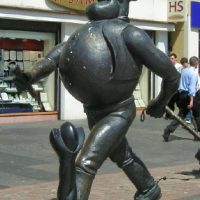 Shine yer spurs, put on yer best ten-gallon hat and ride on down to...