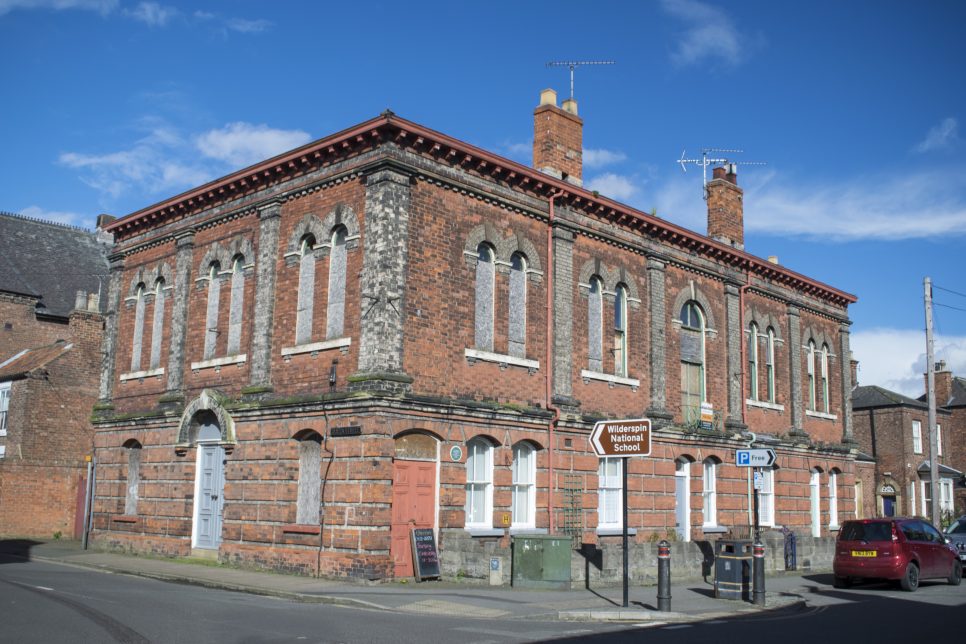 Built by the Good Design Lodge, one of many Friendly Societies formed around the country to provide their members with financial help during unemployment and sickness and to assist with funeral expenses.

In about 1911 it became Barton’s first cinema, the “Electric Picture Theatre”, and showed silent movies. Some years later the hall was used by a repertory theatre company and renamed the “New Theatre”. In the 1930s a sprung floor was installed for its use as a roller skating rink and in the Second World War it was let every night for dancing. After the war the large hall was subdivided into offices for the Ministry of Labour, Health and National Insurance, and Food, whilst the public library was housed in the ground floor of the north-east wing.

Today the ground floor of Odd Fellows’ Hall has been converted into apartments while the upper floor remains empty.